It is a fallacy that women in the 1600s were timid and obedient. Some were stubborn, and they held more power than usual.

Sweeping changes transformed both the public social lives and the independent family lives of the British people during the 1600s. The recovery, paired with increased proficiency, exposed the British people to more public life. In the areas of family life, public social life, as well as education, there were notable class divisions. Innovations in amusement, market, and industrialization influenced both entertainment and available professions.

Furthermore, new fashion trends appeared on the scene. There was a significant divide between the wealthy and the poor, which was obvious in practically every aspect of life. However, there were other places where the class was irrelevant. 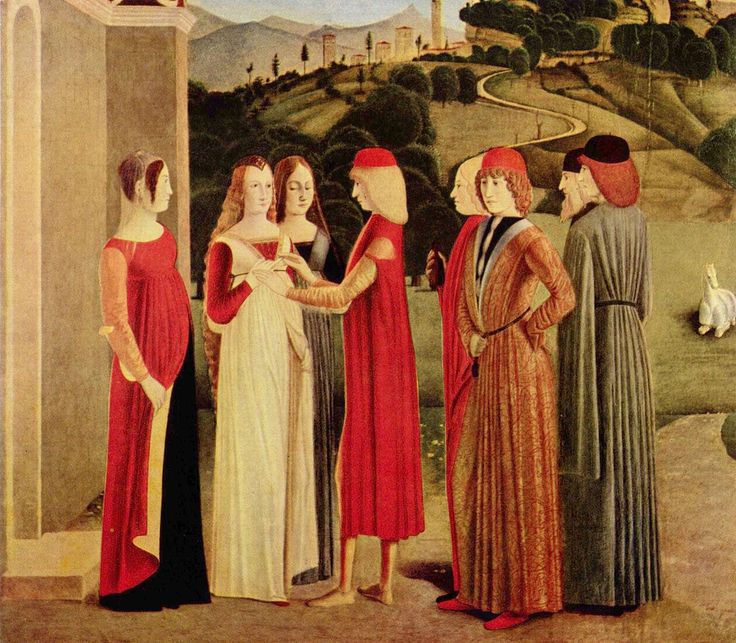 If you would like to know more about England’s social structure in the 1600s, then you are welcome here. Scroll over and read on to know about the life history of women in the 16th century.

Life for Colonial Women in the 1600s

Women’s lives during colonial times were not like ours today. Society expected them to marry, have children, stay at home and serve their husbands. Women played an important role in the growth and endurance of the American colonies, despite the restrictions placed on them.

Women did not receive permission to work in 16th century England. No women were doctors, lawyers, and teachers. Nevertheless, they had the allowance to join some guilds (organizations of tradespeople and skilled workers) only. The Statute of Artificers was passed in 1562. That made it illegal to hire a man or a woman in a trade unless they had completed an apprenticeship. For women, however, the law was frequently disregarded. Guilds (which regulated trade) often allowed male members to employ their wives or daughters in their workshops. Furthermore, when a craftsman died, his widow could continue with his work.

Moreover, a 16th-century housewife also spun wool and linen. Hence, some women worked as spinners. Tailoresses, milliners, dyers, and embroiderers were all women. Additionally, washerwomen were also present. Some women worked as brewers, bakers, or confectioners in the food industry. In addition, women also went around selling food on the streets. Furthermore, being a domestic helper was a relatively typical career for women in the 16th century. Midwives were among the other ladies. The majority of women, on the contrary, were housewives who would keep quite busy. Without their wives’ help, most men could not run a farm or a business.

The majority of rural households were self-sufficient in the 16th century. A housewife had to prepare her family’s bread and brew their beer. Back then, it was often not safe to drink water. She would be in charge of curing bacon, salting meat, and preparing pickles, jellies, and preserves, among other things. All of these were essential in an age before fridges and freezers. In the countryside, the housewife was often responsible for making the family’s candles and soap.

A 16th-century housewife also needed to have some medical knowledge mandatorily. She had to be capable enough to heal the illnesses of her household. If they failed, men would go to a wise woman. A doctor was only available to the wealthy.

Farmers’ wives milked cows, fed animals, and grew herbs and vegetables. Besides, they would also rear bees on a regular basis. Additionally, they also went to the market to offer her wares. They had to cook, wash the family’s clothes, and clean the house additionally.

Wives from the lower and middle classes usually stayed very busy. Nevertheless, rich women were not idle either. They had to manage and supervise the servants in a large residence. In addition, when her husband was away, the woman was normally in charge of the estate. A merchant’s wife often handled his accounts and looked after the business while he was away.

Rich women enjoyed hunting deer and hares with their dogs in their spare time. In addition, they enjoyed falcon hunting. Women of means also played cards.

Girls did not receive any permit to attend grammar schools. Girls from wealthy households, on the other hand, typically acquired education at home. Appointed tutors would teach upper-class girls. Mothers taught reading, writing, arithmetic, and sewing skills to middle-class girls. Daughters of merchants were often taught how to operate their father’s business. Some ladies had their husbands or the parish priest teach them to read.

Some upper-class women were well-educated in the 16th century. Two of Henry VIII’s wives were well-educated. Catherine Parr was a famous author back then. Queen Elizabeth I was a well-educated woman who enjoyed reading. Almost all girls knew music, dancing, and embroidery. Besides, they learned to read and write as well. They also began learning languages like Greek, Latin, Spanish, Italian, and French. Girls, on the contrary, spent less time on academic courses and more time on skills like singing and embroidery.

However, in Tudor England, most children did not attend school. From the age of 7, children from low-income families had to begin working and contribute to the family’s revenue. Even in affluent homes, girls could not be idle. Kids obviously could play. However, they also had to labor, such as weaving or reading apt novels. All children, whether male or female, rich or poor, had to respect and obey their parents. The punishments were severe though. However, the children were priceless.

In the 16th century, the majority of women were spouses and mothers. For spinsters, life would be difficult. They often lived with family but had to work long hours to make ends meet.

Many city and townswomen married for the first time in their 30s and 40s. Nonetheless, orphaned young women would commonly delay their marriages until their late 20s or early 30s. They would do so to assist in setting up their younger relatives. Moreover, almost a quarter of all English wives would be pregnant at their weddings.

Except for the weakest members in the society, women in the 1600s mostly had arranged marriages. Divorce was an unheard matter. However, marriages were at times canceled. That is, they were declared to be invalid forever. Girls could legally marry at the age of 12. Normally, though, only females from wealthy households married early. Most women would marry only in their mid-20s.

Widows had the right to inherit their husband’s assets. Bess of Hardwick was a four time-widow in her life. She grew to be a very rich woman.

In the 16th century, childbirth would be perilous. Many women expired during childbirth. Some would generally die after giving birth due to the midwife’s dirty hands and unhygienic nature. Thus, this would lead to the unlucky mother becoming infected. Poor women would give birth once every 2 years on average. Nonetheless, rich women had more children, maybe once a year. This was due to the fact that poor women nursed, which reduced their fertility. Wet nurses would breastfeed the babies of wealthy women.

Many freethinker women with strong religious beliefs lived in 16th century Europe. Some of them were martyrs. A notable one included Anne Askew, who was burned alive at the stake in 1546. Queen Mary was a devout Catholic who oppressed Protestants. 56 heroic ladies were burnt to death for their convictions during her reign.

Clothing in the 16th century was mostly composed of wool or linen. Cotton and silk were only available to the wealthy. Wool, on the other hand, came in a variety of grades. People would buy either expensive fine wool or cheap coarse wool. 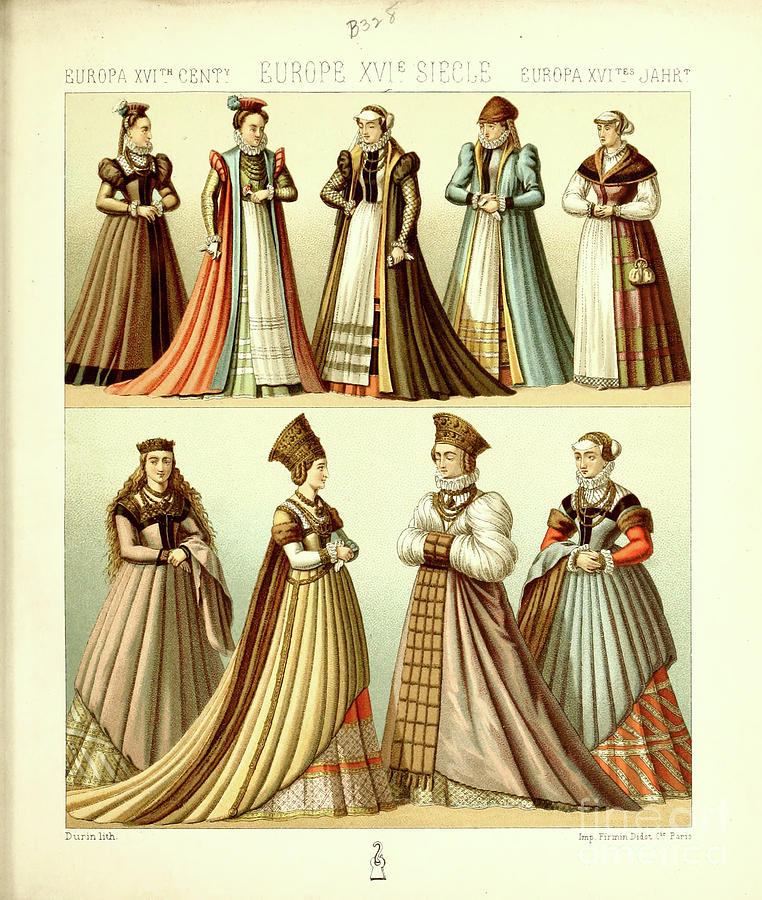 Women in the 1600s wore a smock, shift, or chemise, composed of linen or wool, under wool clothing. The bodice and the skirt were the two elements of a woman’s garment though. Sleeves were fastened with laces as well as detachable. Moreover, working ladies would put on linen aprons.

Many women wore a farthingale, a frame made of whalebone or wood, under their dresses in the late 1600s. Nonetheless, women wore a padded roll around their waist called a bum roll if they couldn’t afford a farthingale. However, women in the 16th century did not wear knickers.

Embroidery was very popular among the rich women though. Many of their garments, including hats and shoes, had embroidered work on them. 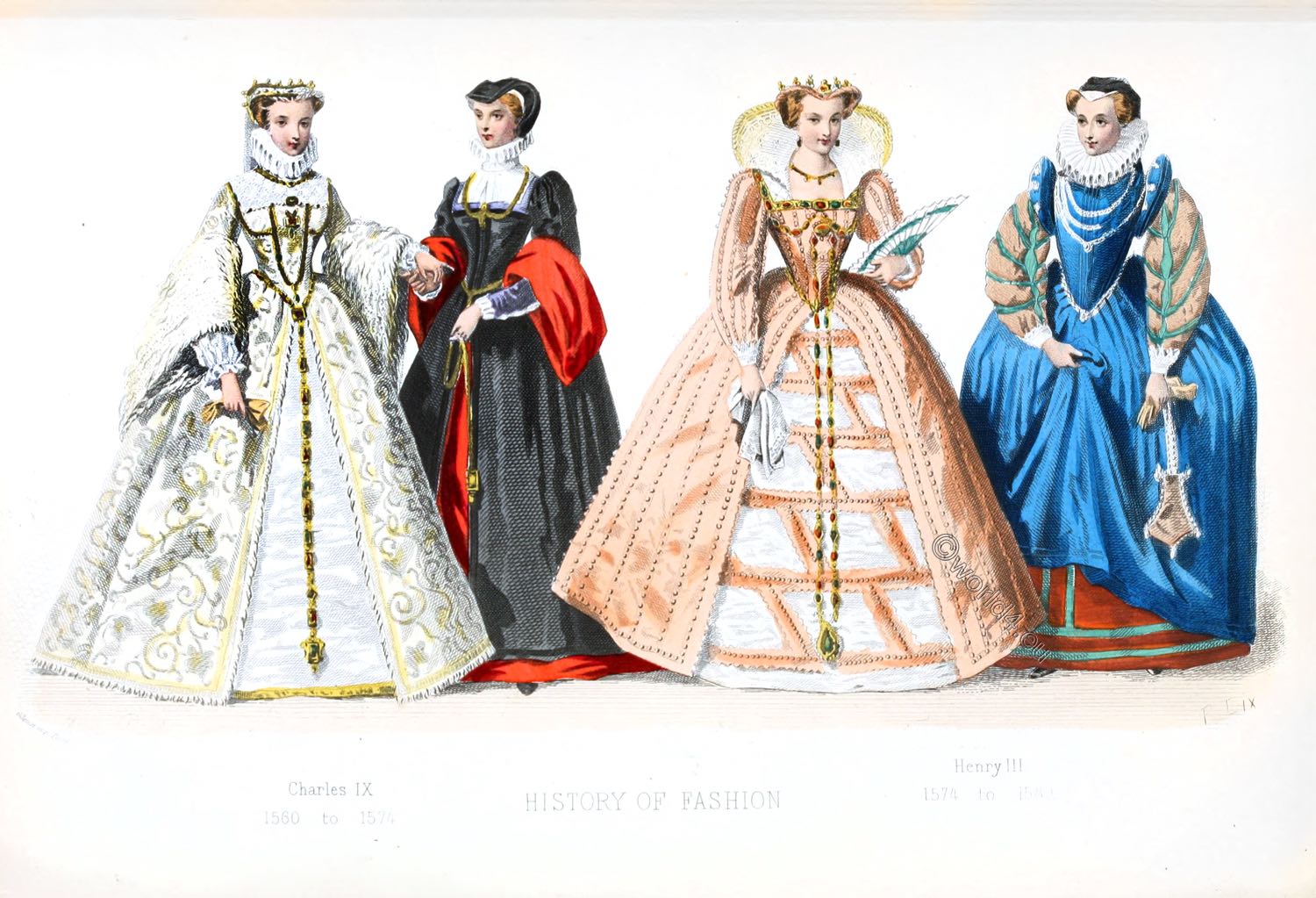 All women in the 1600s would wear hats. The poorest women would wear a coif – a linen hat. Additionally, in the early 16th century, women would wear gable hoods. These were headgears that looked like the gables on the end of roofs. Anne Boleyn, on the contrary, imported the curving French hood into England. Furthermore, bonnets became trendy in the late 16th century. Nevertheless, rich women would wear ostrich feathers in their bonnets.

Sumptuary rules governed what each class could and could not wear from the 14th century through the mid-17th century. Complicated laws in the 1600s stipulated that only people of a specific level could wear certain costly materials. Those included velvet and silk. Nonetheless, these rules made little difference to poor people, who couldn’t afford opulent materials even if they wished to. The laws intended to keep the classes separate and detectable. By looking at someone’s clothes, people could easily discern which class they belonged to. The sumptuary laws, on the other hand, were null. Hence, many people just ignored them.

Pale skin was popular among rich women. If women had sunburns, it hinted at their poverty, as they had to work in the sun’s scorching heat. Women would use egg whites or white lead to whiten their complexion. Additionally, they used cochineal (a dye made from crushed beetles) to redden their lips and cheeks.

Overall View of Women’s Lives in the 1600s

Women had limited options for involvement in 16th century Europe due to the social structure. Hence, they primarily acted as household managers. Women would devote themselves to practical domestic hobbies and activities that benefited their families, particularly their husbands. In most situations, none encouraged women’s education since it would jeopardize the traditional female virtues of purity and morality. Moreover, women who spoke out against the patriarchal system of gender norms or injustice faced expulsion from their communities. Worse – loud unmarried women, in particular, were the subject of severe witch hunts.

Despite the advent of the printing age, literacy rates remained low during this time. Nevertheless, the Bible was more widely available to the lowest classes. Religious study was an acceptable pursuit for women, even though limited to personal introspection. Additionally, it provided them with another framework to express their individual views and sentiments. Women of this era typically expressed themselves through the allegedly private forms of letters and autobiographies, besides religious literature.