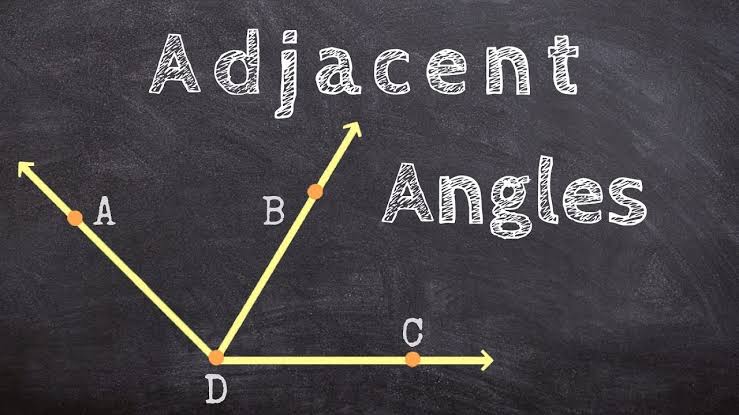 It means two angles that are adjacent to one another. Though the angels have a common side and vertex, they don’t overlap in any way.

Adjacent angles refer to two angles that share the same vertex and side.

However, before we can define adjacent angles, we must first determine what angle is. In a geometric plane, an angle is a figure formed by combining two rays that share a common endpoint. The sides of the angle are called the rays, and the common endpoint is termed the angle’s vertex. 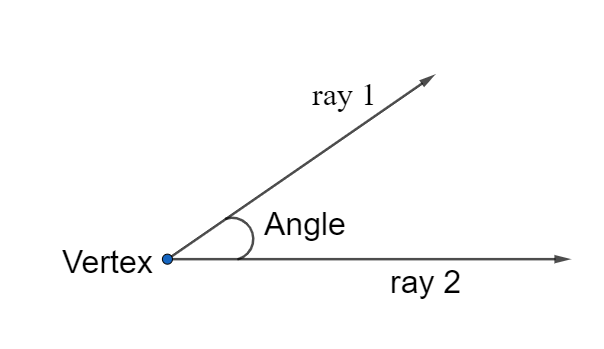 You can see how we can generate an angle by combining two rays in the diagram above. We can consider the two rays, ray 1 and ray 2, to be an arm of the angle. Now, the common point is said to be the angle’s vertex, as described in the definition.

We can also generate angles by the crossing of two planes. Two curves in a plane and a variety of other methods can also work.

Let’s have a look at the definition of adjacent angles now.

When two angles share a common side with a common point without overlapping are called adjacent angles. 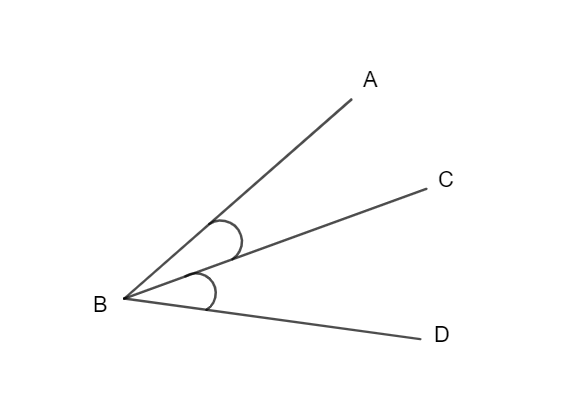 Angle ABC and CBD are adjacent angles in the diagram above.

Three reasons that made them A. Angle is, 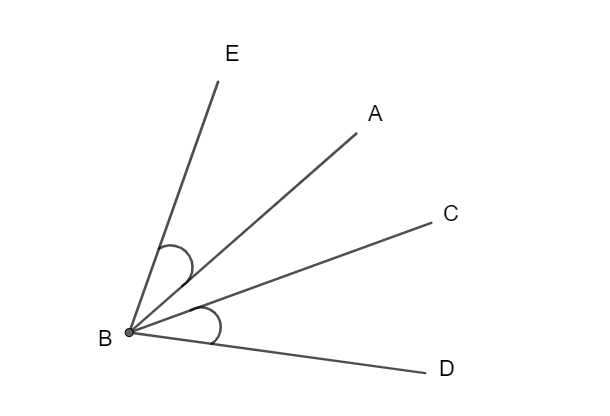 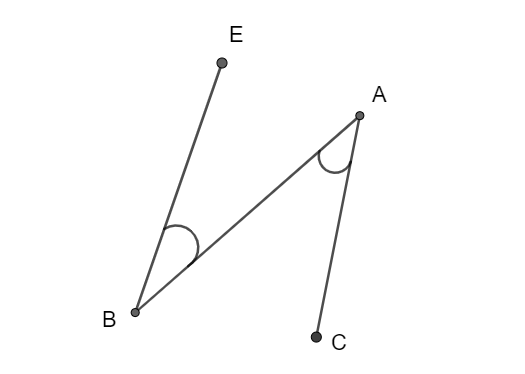 Here’s a quick rundown of the properties of adjacent angles to help you picture what they look like.

The simplest way to recognize an adjacent angle is to identify a common side and a common vertex. When two angles have the same side and come from the same corner, they are called adjacent angles.

It’s important to note that adjacent angles must have the same side and vertex. For example, two angles that come from the same corner do not share any sides. They are separated by another angle in the middle. Because they don’t share a side AND a vertex, they aren’t adjacent angles.

Practice makes it simpler to recognize adjacent angles. Although seeing examples will help you understand what you’re searching for.

In geometry, being able to compare neighboring and vertical angles is a vital ability to master. Imagine two straight lines meeting to form a cross to better understand the difference between these two types of angles.

When considering a cross, the vertical angles are those that are straight to each other. It’s for this reason that they’re sometimes referred to as vertically opposite angles.

Adjacent angle in a parallelogram

Adjacent angle of a quadrilateral

If two quadrilateral angles share a common side as an arm, they are called adjacent angles.

Look at the picture below to see which angles are nearby supplemental using this concept.

Because line segment AB and vertex B are shared by angles ABC and ABD, they are adjacent.

Because they have no common side, the angles EFG and HIJ are not contiguous.

However, both pairs of supplementary angles (ABC and ABD, and EFG and HIJ) have angle measurements of 180 degrees.

First of all ∠ APD and ∠ DPC are adjacent angles.

∠ DPC and ∠ CPB are also adjacent to each other.

Imagine a cross to comprehend what a linear pair looks like. When two lines cross each other, they form four angles.

1. If the following angles make a linear pair, what is the value of q?

According to the definition of linear pair,

We have already discussed the vertical angles above. However just to be clear, vertical angles share the same vertex but not the same sides. In the diagram above, we can see the angles ( 3 ) and ( 4 ) and ( 1 ) and ( 2 ). One can consider them as vertically opposite.

Vertically opposite angles have the feature of measuring the same. For example, if the angle ( 1 ) was 30 degrees, angle ( 2 ) would be 30 degrees as well.

Find the value of X.

Find the value of X.

In the above-mentioned image, the angles (2x+3) and (x-6) are complementary as well as adjacent.

The total of the two attached angles is 130°. If one of the angles is 4 more than six times of another angle. Then find the measurement of both angles.

Let Z be the first angle.

Let’s subtract 4 from both sides

Let’s divide both sides by 7

Can two Adjacent Angles be Supplementary?

Are adjacent angles equal to 180?

The sum of supplementary adjacent angles is always 180 degrees. This is because, on a straight line, the two angles are near to each other, and all angles on a straight-line sum up to 180.

If the neighboring angles aren’t linear pairs and there’s another angle in the mix, the two adjacent angles won’t add up to 180 degrees.

Adjacent angles mean two angles that share the same vertex and side. It doesn’t mean that the angles will be the same or equal.